WALKING AS WE AGE WARDS OFF EARLY DEATH FROM VARIOUS DISEASES: RESEARCH

Even just a little bit of walking is advised as we age.

Physical activity has been shown to lower the risk dying early from many diseases, including cardiovascular disease and cancer.

But how much physical activity does it take to reap these benefits? 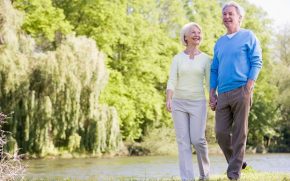 To evaluate whether any degree of walking has an effect on long life, researchers reviewed data from surveys completed between 1999 and 2012 by over 130,000 adults aged 57 and older.

The association also held true for risk of respiratory disease, cardiovascular disease and death from cancer.

You can read about the research in the American Journal of Preventative Medicine.