Support is growing for new laws to better protect Canadian pensioners, and politicians in Ottawa are taking notice. 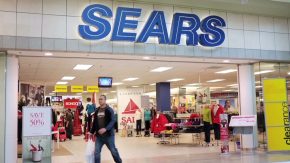 It comes in the wake of the Sears Canada bankruptcy, which is leaving 16,000 retirees unsure about the future of their underfunded pension plan.

Wanda Morris of CARP – A New Vision of Aging – was on Parliament Hill Wednesday to meet with dozens of MPs as the advocacy group lobbies for legislative change. She told Zoomer Radio News, Economic Minister Navdeep Bains is saying he will listen to suggestions about how to deal with this issue.

It’s an issue we’ve continued to follow at Zoomer Radio on Fight Back with Libby Znaimer.

“It’s really unconscionable when a company gets into trouble, when they have a bankruptcy or insolvency. The bankers get paid, the other secured creditors get paid, pensioners are at the back of the line and often there’s no money to go around,” Morris explained on Fight Back in September.

Wanda says so far 15,000 CARP members have signed the online petition on the CARP website and 5500 CARP members have emailed their MPs calling for action. She says she’s urging the Trudeau Liberals to give unfunded pension liability to be given super priority status so it goes to the front of the line.

Wanda will have more to say about her visit to Ottawa on Thursday’s Fight Back after the noon news.