85 PERCENT OF WOMEN HAVE EXPERIENCED SEXUAL HARASSMENT AT WORK: RESEARCH

A spate of recent public revelations, including the spontaneous “me too” discussions on social media, is emboldening many victims of sexual harassment to speak up, but many still remain silent. 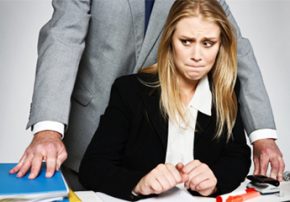 According to a report released in 2016 by the Equal Employment Opportunity Commission, up to 85 per cent of women have experienced sexual harassment in the workplace, as well as many men.

Common responses to harassment include — avoiding the harasser, downplaying the gravity of the situation or attempting to ignore or endure the behaviour.

In fact, 70 per cent of men or women who experienced workplace harassment never even talked with a supervisor, manager or union representative.