BEING MARRIED APPEARS TO DECREASE DEVELOPMENT OF DEMENTIA: RESEARCH

Marriage just might prevent, or at least slow down, the development of dementia. 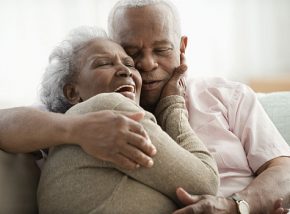 A new analysis of data from 15 studies of more than 800,000 participants finds people who are single or widowed are more likely to develop dementia than those who are married.

Those who lost a spouse were 20 per cent more likely of developing dementia than married people, and those who never married had an increased risk of more than 40 per cent of developing the mind robbing disease.

The study authors say married people may lead healthier lifestyles and have increased social interaction, factors that may increase a person’s cognitive reserve.

You can read about the study in the Journal of Neurology, Neurosurgery and Psychiatry.