OPIOID-RELATED DEATHS COULD TOP 4000 IN CANADA THIS YEAR, A THIRD IN B.C.

Canada is on pace to lose more than 4000 people to opioid-related deaths this year. 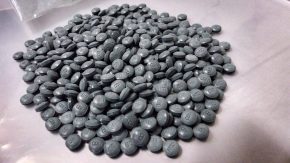 New figures from The Public Health Agency of Canada are part of a national report released by the federal Liberals yesterday.

The report describes the country’s opioid crisis as serious and growing, devastating families and communities nationwide.

Dr. Theresa Tam, the chief public health officer, says this is a “national public health crisis” and when it comes to fentanyl, it is “such a toxic drug that there is no second chance.”

While British Columbia and Alberta have been hardest hit by fentanyl-related overdose deaths, Dr. Tam says no province or territory is immune to a fentanyl-contaminated drug supply.