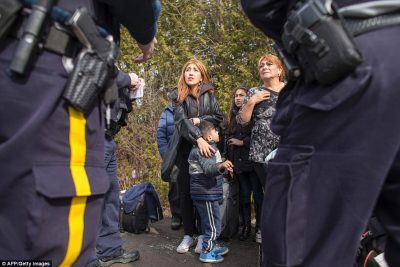 There are fewer asylum seekers – who entered Canada illegally this year – that are being granted refugee status.

The Immigration and Refugee Board says as of the end of November 16-thousand 522 asylum claims were received – from people who have crossed the border illegally.

The Board says almost 2,200 of those claims have been completed.

Of the cases that have been finalized – the newest data shows 54 per cent of those people were accepted – which is down from 60 per cent – when the board last reported.

Failed claimants fewer have the right to appeal.