If you plan on travelling this holiday season, you’ll be among a record number of passengers expected to pass through the country’s largest airports.

One airline analyst says with Air Canada and rival WestJet Airlines carrying more passengers for the first nine months of the year, the Christmas season should break travel records. 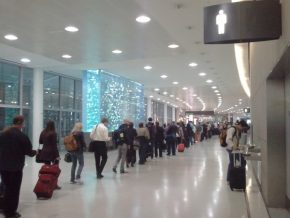 Toronto’s Pearson Airport expects nearly 2.7 million passengers to travel through the country’s largest airport between December 17th and January 7th, up from 1.9 million last year when there were fewer days of elevated traffic.

The busiest travel day leading into the holiday will be Thursday (December 21st) when more than 130,000 passengers are expected to use the airport.

As many as 60,000 passengers are expected to depart and arrive at Trudeau Airport in Montreal Thursday with more than one-million over the season.