What do you think about the idea of having Old City Hall as a Museum of Toronto?

The proposal will be considered Wednesday by members of Mayor John Tory’s executive committee. 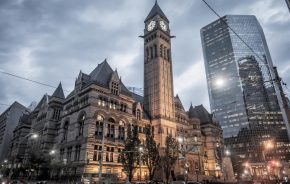 City staff are proposing that Old City Hall be transformed into the first museum to solely explore Toronto’s history once the provincial and municipal courts vacate the historic building in 2021. Their report also suggests Old City Hall should be designated a national historic site and designated heritage property.

The proposed museum would include temporary and permanent exhibits, a public library branch and a wedding chamber. The report recommends the museum would have 25,000 square feet of exhibit space and could become a “must see” attraction for more than 225,000 visitors a year.