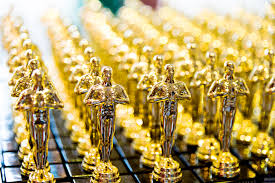 American television viewers stayed away from the screen for Hollywood’s biggest night – with the Academy Awards plunging to a record-low viewership of 26.5 million people in the U.S.A.

Numbers in Canada were also down from last year – with an average of 4.5 million people watching on CTV – citing preliminary data from ratings tracker Numeris.

In the states the Nielsen company said the U.S. numbers saw a 20 per cent drop from the 33 million who watched the 2017 show – also hosted by Jimmy Kimmel.

Oscar viewership is often tied to the box office power of the big nominees – and best picture winner The Shape of Water – only grossed $57.4 million in the United States.

It’s the first time the Oscars have drawn fewer than 30 million people – based on  Nielsen records that go back to 1974.

The previous low for the Oscars came in 2008 – when No Country For Old Men won best picture.

Only four years ago the Oscars reached nearly 44 million viewers – but the biggest Academy Awards audience on record came back in 1998 – when the blockbuster Titanic was named best picture.