A published report says a year before the disappearance of two men alleged to have been killed by Bruce McArthur, a man reported to Toronto Police that McArthur had tried to strangle him in 2016. The Toronto Star report says the man escaped McArthur’s grasp and reported the attack to police, but McArthur was let go. 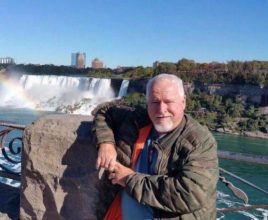 Homicide investigators who are now probing McArthur’s case are said to have been unaware of the 2016 incident until recently, only learning of it after McArthur’s arrest in January. It also came to light earlier this week, that McArthur was questioned by police in 2014, but let go.

Meantime, the governing Liberals at Queen’s Park say they are reviewing a call from Toronto’s mayor for a public inquiry into how police handled missing persons cases, including six alleged victims of an accused serial killer. Attorney General Yasir Naqvi says the government recognizes there are many unanswered questions.

Bruce McArthur faces six charges of first-degree murder in the deaths of the men, all of whom had ties to Toronto’s gay village.