JUDD SUES WEINSTEIN FOR DAMAGES TO HER CAREER

Actress Ashley Judd has launched a law suit against producer Harvey Weinstein, claiming he damaged her career after she rejected his sexual advances. 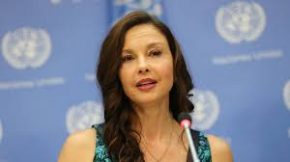 In a suit filed in Los Angeles, the 50-year old claims she lost a role in “The Lord Of The Rings” in 1998 because Weinstein spread “baseless smears” about her and claims that Weinstein was retaliating against her for rejecting his sexual advances a year earlier, when he cornered her in a hotel room under the guise of discussing business.

In December, “The Lord Of The Rings” director Sir Peter Jackson confirmed he had not cast Judd because Weinstein’s Miramax Corporation claimed she was a nightmare to work with and should be avoided at all costs.