This week, New York’s Metropolitan Opera is playing host to a special audience some of whom are in diapers. 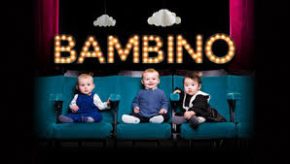 The Met is sponsoring a 40-minute opera written specifically for children aged 6 months to 18 months old.

The piece is entitled “BambinO.”   The capital O at the end stands for Opera.

It was written by Scottish composer Liam Paterson, who says he tried to incorporate the sounds that babies and opera singers make, into the music.

The work was commissioned by the Scottish Opera and is being performed in New York this week free of charge in small auditorium inside the Met.