HISTORY MADE AT THE DOME

History was made last night at the Dome when James Paxton became the first Canadian to throw a big league no hitter on Canadian soil. 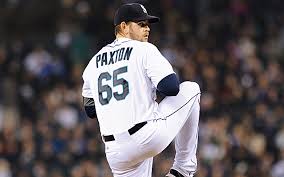 The 29-year old, who hails from Ladner, B.C., struck out seven and walked three batters in a 99-pitch masterpiece.

The 20,000 strong partisan crowd at Rogers Centre gave him a standing ovation after the final pitch of the game.