Toronto Police have said eight women and two men died in the horrific attack along Yonge Street in North York on April 23rd.

Investigators initially said there were 13 injured that day, but further investigation revealed three others were also hurt. 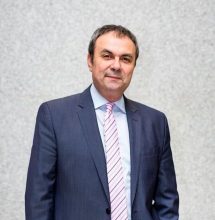 Minassian will be represented by two highly respected and experienced Toronto defense lawyers. The Toronto Star reports that courtroom veteran Boris Bytensky has been hired and has asked fellow defence lawyer Breese Davies to join him in representing the 25 year old.