A musical based on what was once named the “Funniest American Movie of All Time” by the American Film Institute is heading to Broadway. 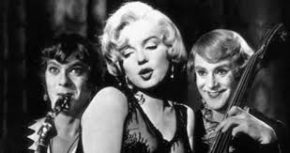 “Some Like it Hot” was the 1959 Billy Wilder Film that starred Marilyn Monroe and featured Tony Curtis and Jack Lemmon as two jazz musicians, who go on the run, disguised as women in an all-female band, after witnessing a mob-orchestrated murder.

This is not the first time “Some Like Ii Hot” has been adapted into a musical for Broadway. In 1972 a musical titled “Sugar” after Marilyn Monroe’s character in the film debuted on Broadway.  It earned four Tony nominations but no wins.

The new version is aiming for a 2020 Broadway debut.  Casting announcements are still to come.