With the provincial election now less than three weeks away, a new poll finds a majority of voters from all parties are worried about Ontario’s rising debt and deficit.

According to a new Ipsos survey, 71 percent of respondents say they’d prefer spending cuts in order to balance the budget rather than continuing to run deficits or raise taxes. 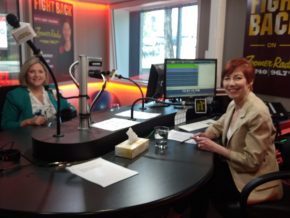 But NDP Leader Andrea Horwath told Zoomer Radio’s Fight Back with Libby Znaimer, that many Ontarians have been neglected, including seniors who can’t afford dental care.

“People who have not benefited from the prosperity in our economy deserve to see some help in being able to get through their everyday lives and one of the things we’re not sure of because Mr. Ford’s not being very upfront about is exactly what those cuts are going to look like and he needs to come clean with Ontarians,” Horwath explained.

Liberal Leader Kathleen Wynne has introduced a $6.8 billion deficit in the latest budget in 2018-19, while Horwath and the New Democrats have proposed a smaller $3.3 billion deficit in the same year. Doug Ford and the Progressive Conservatives have promised to balance the books, but Ford has yet to release a fully costed platform.