An 1965 Fender Stratocaster, considered one of the most important guitars in modern music history, goes on auction tomorrow in New York and could fetch upwards of $600,000. 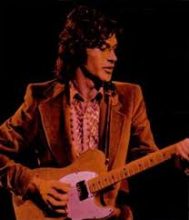 The guitar is owned by Toronto-born music legend Robbie Robertson and can be heard  on The Band’s recording of the “Night they Drove Old Dixie Down.”

Throughout the 60s and 70s, the guitar was used extensively by both Robertson and Bob Dylan as well as other legends like Eric Clapton and George Harrison.  It features on some of the most seminal songs ever recorded.