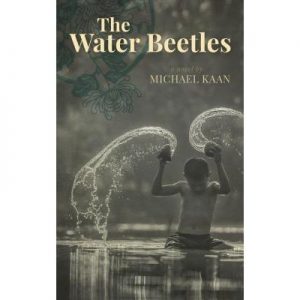 Winnipeg writer Michael Kaan has won the 2018 Amazon.ca First Novel Award for The Water Beetles – along with a $40,000 prize.

The book is loosely based on the diaries of Kann’s father – and tells the story of a family as they try to survive the 1941 Japanese invasion of Hong Kong.

The story is told through the perspective of a child – who escapes to the countryside with his siblings to avoid the Japanese.

Published by Goose Lane Editions, The Water Beetles was also a finalist for the 2017 Governor General’s Literary Award for fiction.

The First Novel Award has a lengthy history of beginning the careers of notable Canadian novelists – with past winners including Michael Ondaatje, W.P. Kinsella and Madeleine Thien.