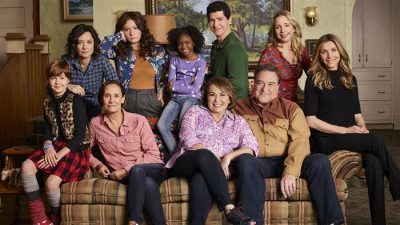 Roseanne Barr has now been dropped by her agents – over the racist tweet that led to the cancellation of her TV show.

ICM Partners said in a statement that Barr’s tweet was “disgraceful,” ”unacceptable“ and ”antithetical to our core values” – and the company has ended its relationship with Barr “effective immediately.”

ABC announced earlier Tuesday that the rebooted “Roseanne” sitcom was cancelled – after the tweet that referred to former Barack Obama adviser Valerie Jarrett – as a product of the Muslim Brotherhood and the “Planet of the Apes.”

“Roseanne” executive producer and co-show-runner Bruce Helford said he was “personally horrified and saddened” by Barr’s comments – and they don’t reflect the values of the people who worked incredibly hard to create an amazing show.

Disney chairman and CEO Robert Iger says cancelling “Roseanne” was an easy decision. He tweeted “There was only one thing to do here and that was the right thing.”

Barr apologized to Jarrett for her tweet – before ABC announced its cancellation of her show – which had become a surprise hit this spring.