Milan’s storied La Scala Opera House will open the 2018-19 season with a new production of Verdi’s “L’Attila,” continuing the tradition of Italian opera but will also introduce some novelty. 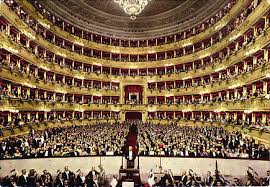 Next year’s La Scala season will feature 15 mostly Italian operas and more than half the shows are new productions.