Members of CARP – A New Vision of Aging – want elder abuse to be part of the conversation on the provincial election campaign. 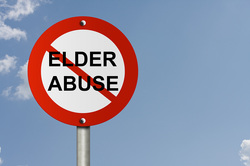 CARP’s Laura Tamblyn Watts told Zoomer Radio’s Fight Back with Libby Znaimer about the findings of a just released poll.

“When we look at what our CARP members reported, it matches what our national prevalence study says and the numbers are really huge,” Tamblyn Watts explained. (Listen to the entire interview by clicking here.)

One-in-ten admit to having experienced it first-hand and nearly nine-in-ten say the province must better address elder abuse, which hasn’t been talked about much during the election campaign leading up to the June 7th vote.