TOO LITTLE OR TOO MUCH SLEEP HEIGHTENS DEMENTIA RISK, EARLY DEATH: RESEARCH

Dementia and sleep disorders are common in the elderly, and lack of sleep has been associated with brain health for some time.

More than 1500 people in Japan over the age of 60 without dementia were assessed to see if there was an association between length of sleep, risk of dementia, and risk of early death.

Early death was significantly greater in those with daily sleep of fewer than five hours or 10 hours or more, compared with those who slept between five and seven hours a day. 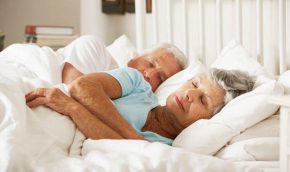 Overall, researchers have determined that short and long duration of sleep, as well as sleep aid medications, are linked to higher risk for dementia and early death in Japanese elderly adults.

You can read about the research in the Journal of the American Geriatrics Society.