If you describe yourself as religious, you can expect to live longer, at least according to a new American study. 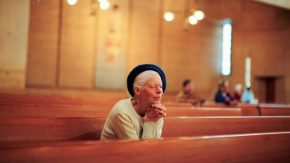 They scanned obituaries posted in the Des Moines Iowa Register for the first part of the study and for the second part, online newspapers of 42 metropolitan areas in the US.

In the Iowa part of the study, having a religious affiliation was significantly associated with longevity. Those who mentioned affiliation with a religious organization lived 10 years longer than those who did not.

In the second part of the study, in the 42 other areas, those mentioning religious affiliation lived about five years longer.

You can read about the study in the Journal of Social Psychological Personality Science.