DIGGING (UP) THE AGE OF AQUARIUS 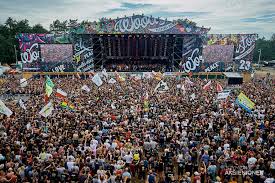 Archaeologists from Binghamton University have launched the first official excavation of the site of the 1969 Woodstock concert in upstate New York, which came to symbolize an era of peace, love and music.

The first dig was an attempt to define the original stage where acts like Joni Mitchell, Crosby Stills and Nash, Arlo Guthrie, Ravi Shankar and Joan Baez performed.

So far they’ve dug up a couple of beer pull tabs and bits of broken glass but say information from the dig will help a museum plan interpretive walking routes in time for next year’s 50th anniversary celebrations.