CHOREOGRAPHER TO THE STARS DIES

An actress, who worked extensively as a choreographer during Hollywood’s golden age, has died at the age of 98. 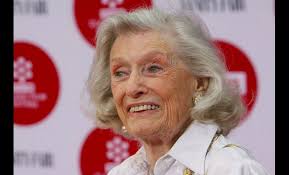 Miriam Nelson was the choreographer for a list of major movies including; “The Jolson Story,” “Picnic,” “Hawaii,” “Bob & Carol & Ted & Alice” and “Breakfast at Tiffany’s.”

She also appeared as an actress in “Double Indemnity,” “Cover Girl,” and “Pillow Talk.”

Nelson performed in six Broadway musicals and choreographed the dancers on the opening day of Disneyland in 1955, two Academy Awards and two Super Bowl halftime shows.

Her biography, “My Life Dancing with the Stars, was published in 2009.