As the debate continues about Sir John A. Macdonald’s place in Canadian history, the Scottish government has removed Macdonald’s name from its websites. 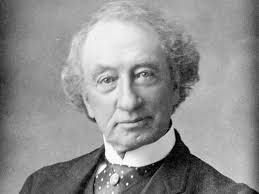 Macdonald was born in Scotland.  He came to Canada when he was five and went on to become the country’s first prime minister.  He has also long been praised for his role in Confederation and the construction of the Canadian Pacific Railway.

But Macdonald’s government was responsible for the introduction of the residential school system that saw nearly 150 thousand Indigenous children taken from their homes to be educated by whites. Many children suffered abuse and some died during their time in the school system.

Yesterday the Scottish government acknowledged it had removed articles about Macdonald’s legacy from Scotland.org over concerns raised by Canadian Indigenous groups. The statement reads “While we want to celebrate the very positive contributions Scottish people have made across the world, we also want to present a balanced assessment of their role and are reviewing the wording of articles about Macdonald in that light.”