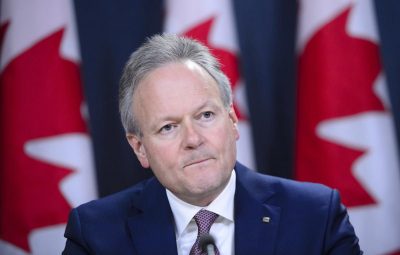 The governor of the Bank of Canada has told a business audience in Britain – that after a decade of low-interest rates around the world – the global economy has reached a stronger footing – and rates can rise again.

Stephen Poloz later rejected suggestions that the Bank of Canada is being too optimistic – and calls it a positive outlook.

Poloz has signalled that the bank will gradually raise its benchmark interest rate – from 1.75 per cent to somewhere around 3 per cent.