She was born Roberta Joan Anderson in Fort McLeod, Alberta. 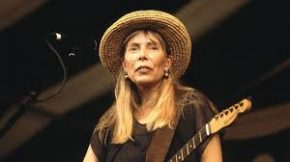 She grew up in Saskatoon, married folk singer Chuck Mitchell back her Yorkville days in Toronto in the early 1960’s and today is known the world over as Joni Mitchell.

Mitchell is counted among the most influential and respected artists of her generation.  She was one of the headliners at Woodstock 49-years ago and in 1997 was inducted into the Rock and Roll Hall of Fame.

In 2015 she suffered a brain aneurysm, but has since recovered.