Beloved thespian Sir Ian McKellen is planning to mark his 80th birthday next year by presenting a solo show on 80 difference stages throughout the U.K. 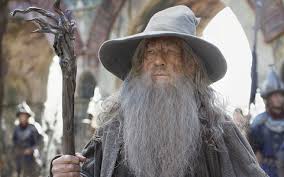 Sir Ian is best known for his portrayal of “Gandolf the Gray” in “The Lord of the Rings” franchise.

The tour will take McKellen to theatres that he has a personal connection to as well as stages on which he yet to tread the boards. On the list are the The Old Vic, the Young Vic and the Bristol Old Vic as well as theatres in Wales and Northern Ireland.

Sir Ian turns 80 May 25th and is promising to be “upright and audible” by the time his epic tour comes to a close in London September 15th.