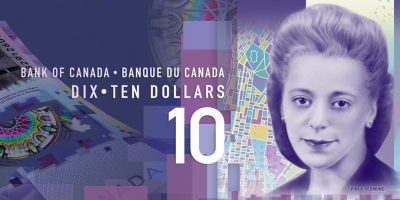 The first banknote featuring a Canadian woman on the front – is now in circulation.

The new $10-dollar bill features Viola Desmond – who was arrested in 1946 –  after refusing to leave a whites-only section of a Nova Scotia theatre.

Desmond’s sister, Wanda Robson was on hand for the ceremony today in Winnipeg – at the Canadian Museum For Human Rights.

She called the honour “awesome” and said, “A woman. A black woman – is on the $10 bill. The Queen is in good company.”