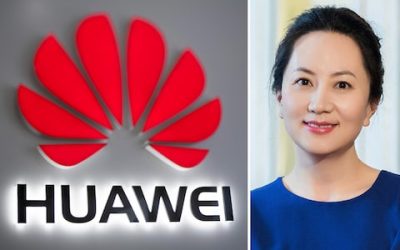 Bail has been granted for a top executive at Chinese tech giant Huawei – who was arrested in Vancouver.

Meng Wanzhou is wanted by America – on allegations that the company skirted trade sanctions against Iran.

Justice William Ehrcke of the Supreme Court of British Columbia says he is satisfied Meng – a well-educated businesswomen with letters of reference – does not pose a flight risk.

Meng was arrested on a warrant that alleges she committed fraud – because Huawei used unofficial subsidiary Skycom to do business with Iranian telecommunications companies – between 2009 and 2014 – in violation of international sanctions.

The 46-year-old chief financial officer of Huawei has denied the allegations through her lawyer in court – promising to fight them if she is extradited to face charges in the United States.

Meng’s lawyer, David Martin, found a number of friends and associates to vouch for his client’s character – and to offer financial guarantees that she will not flee.

Additional sureties were needed after Ehrcke questioned whether her husband, Liu Xiaozong, could sign a guarantee.

The court heard that Liu is living in Vancouver on a six-month visitors visa – and Ehrcke argued the form to provide a financial guarantee – must be provided by a resident of B.C.