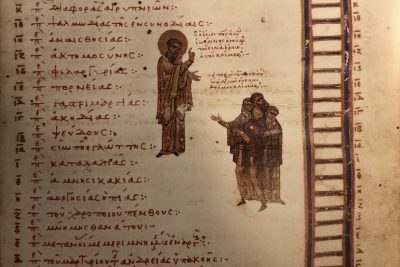 The leader of the Eastern Orthodox churches is suing Princeton University – for the return of four historic manuscripts – allegedly stolen from a Greek monastery during the First World War.

The lawsuit was filed last week in federal court in New Jersey – and alleges the documents made their way into the hands of dealers – and that Princeton purchased  one in 1921.

It’s also alleged that a Princeton alumnus and trustee bought the other three manuscripts in 1924 – and donated them to the school in 1942.

The documents date as far back as the year 955.

A Princeton University spokesman said Wednesday that research done by the university – has produced no evidence the manuscripts were stolen.

The suit was filed on behalf of Ecumenical Patriarch Bartholomew I – often described as the first among equals of the world’s Eastern Orthodox Christian leaders.