The long-planned bio-pic “Respect,”which will detail the life and times of the queen of soul, Is finally moving ahead. 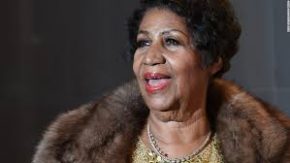 MGM has announced that stage director Liesel Tommy will helm the project with Jennifer Hudson as the lead.  She was personally selected by Franklin before she died.

Tommy was nominated for a Tony directing the 2016 Broadway production of “Eclipsed.”

Franklin died of pancreatic cancer in August of last year at the age of 76.