TTC RIDERS IN FOR 10-CENT FARE INCREASE THIS YEAR: REPORT 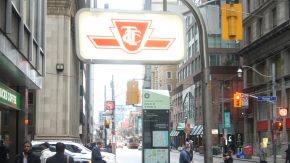 A published report says the TTC plans to recommend increasing the price of tokens and adult Presto fare card taps by ten cents to $3.10.

The cost of an adult monthly pass on Presto is also expected to rise, but cash fares would remain where they are, at $3.25.

The transit agency is expected to release its proposed 2019 budget today ahead of a board meeting scheduled for next Thursday.

He made the comments while announcing good news that the Relief Line linking Pape Station on Line 2 to Osgoode Station on Line 1 will open in 2029, two years earlier than the original projection.