The pressure is mounting on leaders in Beijing to do something about two Canadian men Chinese authorities have detained and accused of being a national security threat.

More than 100 academics and former diplomats have written a letter calling on China to release the the men, who’s arrests are seen as retaliation for the arrest of a top Chinese tech executive in Vancouver last month.

The letter is addressed to Chinese President Xi Jinping and says the arrests send a chilling message that policy and diplomacy work is “unwelcome and even risky in China.” 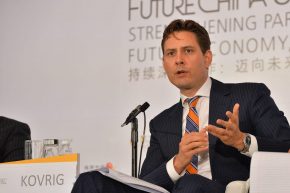 It notes that one of those detained, Michael Kovrig, is a former diplomat who was working as an expert on Asia for the International Crisis Group think-tank.

Kovrig and entrepreneur Michael Spavor were both arrested last month.

Canada’s Ambassador to China John McCallum has outlined to MPs that both are being interrogated for four hours a day in near tortuous conditions.