One of Africa’s most renowned musicians has died. 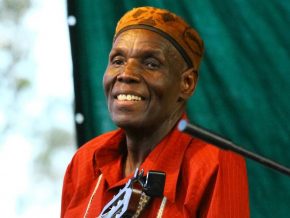 Oliver Mtukudzi was an Afro-jazz legend from Zimbabwe who enjoyed a 4 decade career with his songs often carrying social messages and coded political commentary.

Mtukudzi came to prominence in the 1970s as one of voices of the revolution fighting white-minority rule in what was then known at Rhodesia.

He mixed several different styles to create his own distinctive Afro-jazz sound, known to his fans as “Tuku Music. He released 67 albums and toured the world.

CITY OF TORONTO CELEBRATES COMPLETION OF RECONFIGURATION OF ''SPAGHETTI JUNCTION''