Veteran character actor Dick Miller, best known for his role as Murray Futterman in the 1984 film Gremlins, has died. 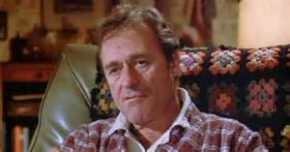 Miller made hundreds of screen appearances in a career that spanned six decades.

His movie list includes appearances in “The Terminator,” “Piranha” and the original 1960 version of “The Little Shop of Horrors.”

Although he was usually a supporting actor, Miller had the lead playing artist and murderer Walter Paisley in Roger Corman’s 1959 horror film “A Bucket of Blood.”