Dean French, the former chief of staff to Premier Doug Ford has opted to drop his defamation lawsuit against Independent MPP Randy Hillier.

Hillier, the MPP for Lanark-Frontenac-Kingston, is a former Conservative MPP who was removed from caucus in March over that the premier says were “disrespectful comments made to parents of children with autism.” 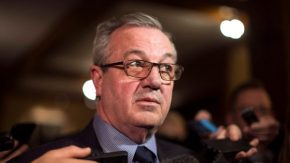 French’s suit was launched in June. He alleged Hillier defamed him not long after he was removed from caucus. He said tweets and retweets made by Hillier were defamatory and unsubstantiated.

“I am happy to turn the page on this,” Hillier said in a statement. “While Mr. French and I do not see eye to eye on many things, I am glad we found something to agree on.”

Hillier argues French already had a negative reputation and the information he had tweeted was already in the public domain.