The commission looking at what allowed serial killer Elizabeth Wettlaufer to kill eight patients in long term care facilities released a report that paints a picture of a long term care system that needs change. 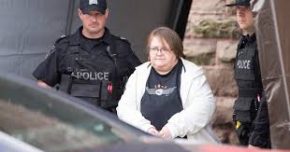 Wettlaufer is serving a life sentence after a 2017 guilty plea into the murder of eight people and attempted murder of four others.

The report made 91 recommendations that calls for systemic change and didn’t lay individual blame in the case as Wettlaufer went virtually unimpeded in her murders.

Had she not confessed, she never would have been caught.

“There’s no simple fix to avoiding similar tragedies in the future,” said Eileen Gillese, an Ontario appeals judge who led the commission.

“Because the system itself has the vulnerabilities and the shortcomings, it would be very unfair, in my view, to make findings of individual misconduct.”

Included in the recommendations is a call for more oversight on how drugs are administered. Wettlaufer killed her victims by administering overdoses of insulin.

One suggestion was to have the province issue grants for security camera installation in medication rooms at homes.

Melissa Lennox, CARP’s Director of Stakeholder Relations, said more nurses, something CARP has advocated for, is also included in the recommendations.

Ontario Minister of long term care Merrilee Fullerton says the province will submit a report next year on its progress on the commission’s recommendations aimed at preventing such crimes from happening again.