At the age of 85, veteran TV talk show host, Larry King has filed for divorce. 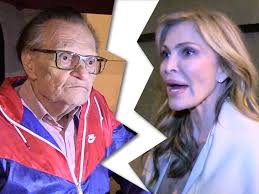 King has filed papers to end his 22-year marriage to his seventh wife Shawn.

The two married in 1997 as King was preparing to undergo heart surgery. They had filed for divorce in 2010 but later reconciled.

The divorce news comes four months after King was hospitalized ahead of a scheduled heart procedure.