For the first time in nearly 15 years, divers have revisited the wreck of the Titanic to find, not surprisingly, it is continuing to deteriorating. 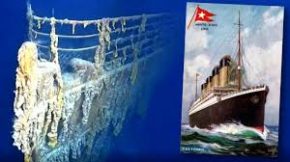 Divers found that microbes are eating away at the doomed ship’s metal. Robert Blyth, with the UK National Maritime Museum, says it’s only a matter of time before the wreck is gone completely.

RMS Titanic sank in the North Atlantic off Newfoundland, April 15th, 1912, after hitting an iceberg on her maiden voyage from Southampton to New York.

More than 15-hundred people died, making it one of the deadliest peacetime marine disasters in modern history.