PREMIERS SET TO MEET ON MONDAY

Premiers of all the provinces and territories are gathering on Monday in the Toronto area to try to shape a collective agenda for their relationship with the federal government. 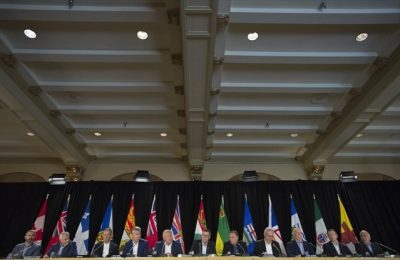 Many of the leaders have had their own meetings since the October federal vote resulted in a Liberal minority government that has no Prairie MP’s, plus a resurgent Bloc Quebecois.

But before the meeting on Monday three premiers are in Mississauga Sunday, reportedly to make an announcement on nuclear power.

The Premiers of Ontario, Saskatchewan and New Brunswick are expected to say they are partnering with a nuclear reactor company to use small reactors in their provinces to limit carbon production.