ANOTHER HONOUR FOR ALEX TREBEK

The Canadian host of “Jeopardy” is to be honoured again. 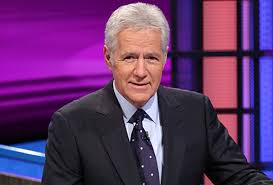 Alex Trebek, will receive the “ICON” Award from the Academy of Canadian Cinema & Television for exceptional ongoing contributions to the media at next year’s Canadian Screen Awards.

The 79-year old Emmy-winning “Jeopardy” host, who’s been undergoing treatment for pancreatic cancer, was born in Sudbury and worked in Toronto before moving to Los Angeles.

The award will be presented during Canadian Screen Week.  It runs from March 23rd to March 29th next year.