Toronto Raptor’s all-star Point Guard Kyle Lowry is going to trade his team jersey for a Cannon Doll costume to appear in the “The Nutcracker.” 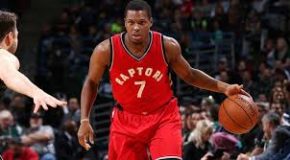 The N-B-A champion is among the celebrities who will grace the stage with a cameo appearance in the National Ballet of Canada’s holiday production.

Other special guests include soprano Measha Brueggergosman and WE co-founder Marc Kielburger.

The Nutcracker is on stage at the Four Seasons Centre for the Performing Arts from Thursday, December 14th, through Saturday January 4th.