She was the lead singer for the Swedish group whose big break came when their song “It Must Have Been Love” became part of the soundtrack to the hit 1990 movie “Pretty Woman.” 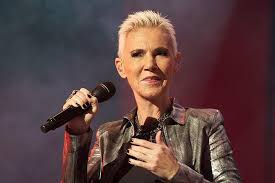 Roxette singer Maria Hendricksson has died of cancer in Stockholm.

She was a successful solo artist before joining Roxette and finding global fame with songs like “The Look.”

Hendricksson was diagnosed with a brain tumor in 2001. She recovered from that following aggressive treatment.  However, in 2016 she was advised to stop touring in order to prioritize her health.