WORD OF THE DECADE IS "THEY" 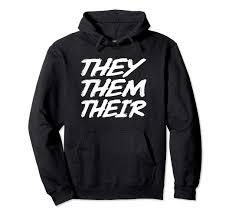 “They” is used by a a growing number of non-binary individuals – people who don’t identify as either male or female and as a result are by-passing the traditional male “he” or female “she.”

The American Dialect Society studies the evolution of language. Director Ben Zimmer says, “When a fundamental part of language like pronouns becomes a vital indicator of trends in society, linguists prick up their ears.” He adds, the selection of “they” is an indication of “how the personal expression of gender identity has become an increasing part of our shared discourse.”

Other contenders in the decade category, which is not limited to a single word, included “BlackLivesMatter,” “MeToo,” “climate,” “emoji,’ “meme,” “opioid crisis” and “woke.”