Canadian court watchers are keeping a close eye on the trial of Harvey Weinstein, but some say the MeToo movement his case helped spur transcends any legal verdict. 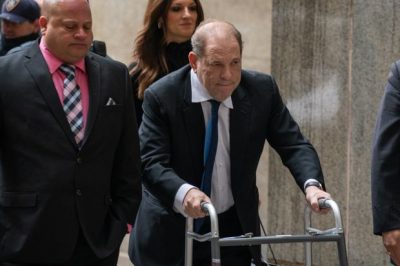 Jury selection is set to begin today in a New York courthouse, where Weinstein has pleaded not guilty to charges of rape and sexual assault involving two accusers.

Wayne MacKay, a professor emeritus of law at Dalhousie University, says it will be hard to ensure a fair trial because so much of the public has “pre-judged” Weinstein.

MacKay says Weinstein’s defence team may argue that witness testimony has been tainted by the dozens of women who have publicly made accusations against him.

University of Toronto law professor Brenda Cossman says the impact of MeToo shouldn’t be measured by a criminal case, but the public push to hold predators accountable.