JERRY HERMAN TO BE HONOURED ON BROADWAY

There will be a moment of reflection tonight on Broadway when the marquee lights dim in memory of Jerry Herman. 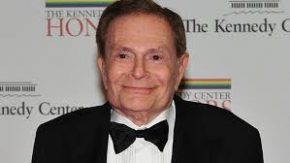 Herman won Tony Awards for his music and lyrics to “Hello, Dolly!” and “La Cage aux Folles,” and was Tony-nominated for his scores to “Milk and Honey,” “Mame” and “The Grand Tour.”

In 2009 he was presented with a Special Tony Lifetime Achievement Award.

The marquee lights of all Broadway venues will dim tonight at 6:45.