He played the cool, smart alecky heart throb on one of the original “private eye” shows on network television in the last 1950s. 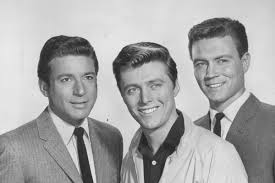 Byrnes appeared in some stage productions and had small roles in TV shows before landing the part of a contract killer in a pilot for a detective show that eventually became “77 Sunset Strip.”

His character, “Kookie,” was a hip parking attendant/unofficial assistant to the detectives played by Efrem Zimbalist Jr. and Roger Smith.