Studies have already shown a slight increase in certain types of cancers among first responders at the World Trade Center during the terror attacks of September 11th, 2001.

But a study published by JNCI Cancer Spectrum has a statistically significant increase in incidences of Leukemia.

1072 cancers were identified in 999 responders. 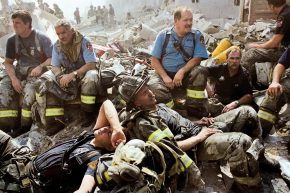 Interestingly, none of the exposure measures, including dust exposure, arrival time and length of work on the pile at Ground Zero showed a statistically significant association with cancer risk for any cancers.

Leukemia is known to occur after exposure to occupational carcinogens such as benzene with a latency of several years from exposure, which is consistent with findings shown.

This study is significant because it shows an increase in Leukemia where previously it was not shown which leads to possible indication to screen more closely for World Trade Center first responders.